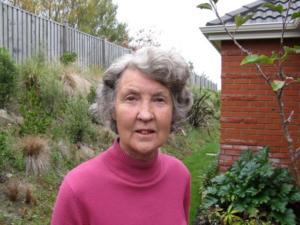 When Brian and Helen Bartrum moved from their home of 52 years at Bowenvale to their lovely new retirement home following the upheaval of the Canterbury earthquakes, they looked forward to less stress in their lives.

Unfortunately, Helen who suffers from Alzheimers, couldn’t settle into her new home and often became disorientated. When in this state Helen would try to walk the 10km back to where she had once lived, leaving their new home suddenly at any time of the day or night. This was immensely stressful to Brian who was often unable to restrain her from walking away or to otherwise restrict her movements.

On the third occasion Helen went missing the police, who had found her close to the motorway, informed Brian about WanderSearch Canterbury and how a tracking beacon could be used to track her very quickly should she go missing again.

Once WanderSearch Canterbury had visited the Bartrum’s and issued Helen with a tracking beacon Brian immediately felt less stressed, assured that if she went missing again, she could be quickly found.

Brian says, “The Wandatrak beacon has been an absolute godsend to us and I would recommend it to anyone in a similar situation. It gives you peace of mind”.

Brian found it very easy to get Helen to wear the device and she now wears her pendant tracker 24/7 even in the shower.

Although, now living in secure care Brian still likes Helen to have the pendant as she has managed to go AWOL once by giving the staff the slip and it gives him the ability to take her out and about with confidence.

But the real value of tracking system for Brian was that it enabled him and Helen to remain living together as a couple in their own home for a further eighteen months despite the advanced level of her cognitive impairment.  Precious time – well enjoyed.